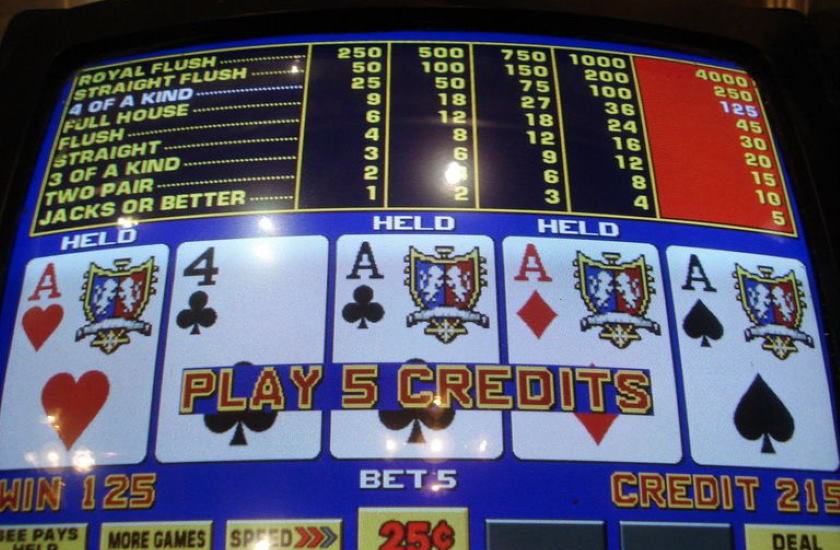 The History of Online Video Poker

Those interested in playing video poker might be interested to know that video poker itself actually predates the World Wide Web and the Internet (at least as it exists today) by over twenty years. Poker and its many variants has long been one of the most popular of all casino games online of course, and online video poker has brought that venerable form of card play into the computer age.

A Short History of Poker

No one is quite sure where poker originated, although a similar game, known as nas, has been played in Iran for thousands of years. It may have been introduced in the U.S. by Persian sailors making port in New Orleans back in the 1820s. The earliest references to poker in America are from the memoirs of an English actor who played in that city in 1829. From there, the game spread northward aboard the famous Mississippi riverboats, and eastward and westward along the Ohio, Cumberland and Missouri.

Not surprisingly, video poker is perhaps one of the earliest “computer games,” and its development was parallel and contemporaneous with that of the personal computer in the 1970s. Online video poker is a direct descendant of those early (and relatively primitive) electronic games. Video poker went online at the beginning of the Internet Age in the early 1990’s, and was actually played between real people in real time over Internet Relay Chat (IRC) networks.

Today, online video poker is perhaps one of the most popular of all online casino games. Since 2003, the number of video poker players in virtual, online card rooms has grown exponentially.

How does Videopoker compare to the “Real Thing”?

Aside from the fact that you can play alone using your personal, private Internet connection, the video poker casino game as it is played online is no different than playing in an actual casino or card room. Just like “real” poker, online video poker has a dealer – in this case, a “virtual” one – who hands you your initial hand. You can then discard and receive new cards, ante, raise and call the same way.

Will I Be Ripped Off?

If you’re worried that online video poker is “rigged,” you should know that video poker is the most honest of all online casino games. One of the reason is that the major online video poker sites are publicly-traded companies, and therefore subject to many S.E.C. regulations, and are accountable to shareholders. Such a company that attempts to “rig” a video poker casino game and is discovered may find itself heavily fined and its corporate officers facing felony charges.

Online video poker is one of the best established, well-regulated and user-friendly forms of Internet gaming, providing the same excitement and pleasure of real casino games – and best of all, you don’t need to worry about maintaining a “poker face.”