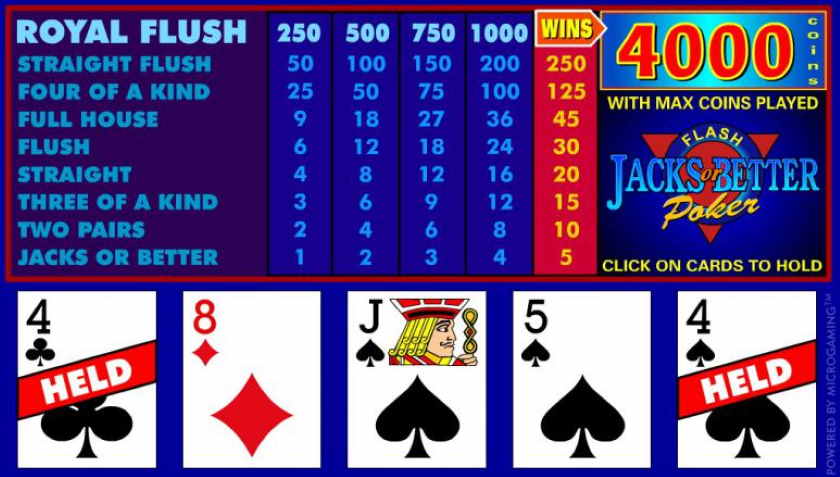 Like to play video poker machines? Step into any casino in Las Vegas and one thing you will quickly notice is that the casinos spend a lot of layout space on machines. Much of that layout goes to Video Poker. If you have played Video Poker for any amount of time, you know that not all machines where created equal. As the years have gone by, more and more ?specialty? video poker machines have come into being. Today, I am going to share some of my Video Poker tips from WiseBettor.com with you. I hope you will enjoy them.

Tip One: Finding a good machine

Finding a good machine is as simple as looking at the payout schedule. You really want to stay away from specialty pay machines that have larger top payouts, but negate the lower payouts. For example, a machine might pay a little more on four of a kind, but will pay less on two pair, flushes and full houses. Since you will rack up lower scale payouts often, because of the probability of receiving these hands, you want a strong lower scale payout system.

Learning how to play properly (optimally) is a must. Your playing strategy will, in the end, determine your average return and your final bankroll amount. Knowing what to do in a situation where you have, for example, two Kings, but four to the flush is vital. Do you keep the Kings and the guaranteed money or roll the dice for the harder to hit flush? Playing a good machine with a good strategy will give you a great opportunity to win money over the long run.

Over the years, I have watched people play Video Poker in Las Vegas using all sorts of superstitious movements. Some will only use cold coins to play, some will push the buttons extra hard, some will tap the machine with their money before playing and the list goes on and on. Each hand is setup by a RNG (Random Number Generator). The moment you start to play, the hand is set in stone. The machine will randomly select all the cards from a 52-card deck and deal them out.

This is a big one. Many players believe that if they start to see hands with three of a kind, four to the royal and so forth that the bigger hands are due any moment. This is simply wrong. As explained in tip three, the system uses a RNG to setup the hands. The system has no memory. It does not know that you have not had a full house in 400 hands or that you just received three four of a kind hands in a row. It?s possible to go 100,000 hands without a four of a kind and it?s possible to get ten in a row. The machine does not keep track, because in the end, the numbers work out.

I hope these tips have helped you grow as a Video Poker player. Misconceptions on how the game works can be far more deadly than simply playing wrong. I have watched people spend (and lose) hundreds of dollars on a machine simply because they believed the machine had a memory and was ?due? to hit. Don?t fall into traps like this. Understand that Video Poker is random and needs to be played properly. Now, go have some fun.